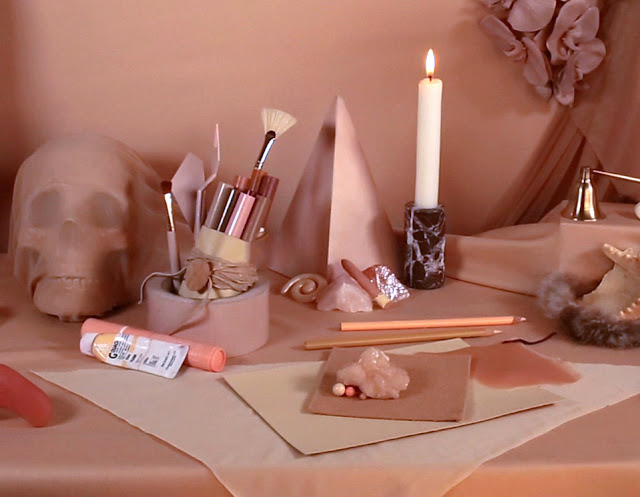 
For Alraune, with love


For Alraune, with love considers the role of woman as witch and her embodied relationship to the domestic garden. Prosch explores related plant folklore, specifically the legends of the Mandragora root and the Arbor Tristis (Tree of Sorrow). Reflecting on these gendered visions offers connections between witchcraft, the body in nature, and loss. The title of the exhibition is drawn from the German novel Alraune, a gothic tale inspired by the legend of the humanoid-shaped Mandrake root. The exhibition’s fleshy palette sets the scene for an abject carnality. The body is positioned as self-becoming rather than as the object of desire typically found in androcentric cultures. For Alraune, with love highlights the power of disorder, grotesque beauty, and monstrous capability. The exhibition includes new video, drawing, photography and sculpture works.


Ali Prosch is a Los Angeles based artist. She received her MFA from CalArts in 2009 and her BFA from New World School of the Arts in Miami, FL. Her work examines modes and historical contexts of female representation. In much of her practice, Prosch takes cues from the depiction of women in film with emphasis on the trope of the monstrous feminine. She is also involved with collaborative projects, such as the artist collective D3: Deliver, Document, Destroy. Her work is in public and private collections including the Perez Art Museum Miami (PAMM) and World Class Boxing. Exhibitions include: Smithsonian Hirshhorn Museum and Sculpture Garden (Washington DC), MOCA Geffen (LA), REDCAT, The Museum of Contemporary Art (North Miami), Glendale College Art Gallery, Machine Project, Public Fiction, UC Santa Barbara, New Jersey City University, University of Texas, Georgia State University, Locust Projects (Miami), Fredric Snitzer Gallery (Miami), Tomio Koyama Gallery (Tokyo), and White Box (NYC).


For Alraune, with love will be on view on Saturdays 12-4pm and by appointment.


The artist will host a plant sale in the garden on Saturday, March 26th to raise money for the Alzheimer’s Foundation of America, 3 – 6pm.