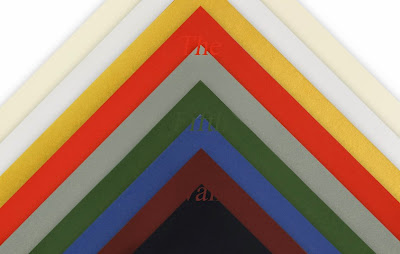 
The “fourth wall” is the proverbial division between entertainers and their audience. Recently, in a casual conversation, Katy and Scott mistakenly referred to this metaphorical division as the “fifth wall.” As their laughter settled, they began to wonder: if the fourth wall allows for one to suspend one’s disbelief, and temporarily—albeit from a distance—accept a fiction as an affective reality, what would a fifth wall represent? What would be its function?

After a few moments of conjecture and google-ing, they found that questions regarding the role of the fifth wall have varied answers. On the one hand, some argue that the fifth wall is the barrier between the critic and the practitioner (1); on the other hand, others hold that the fifth wall involves meta-marketing. (2) Further, some believe it refers to an instance when an artist fumbles, disrupting the scene: for the show to continue, both audience and artist must regain composure without halting the performative aspect of the event. (3)

Entertained by the spectrum of possible definitions, in THE FIFTH WALL Scott and Katy want to synthesize the commonalities between these definitions; they hope to use their understanding of the fifth wall to frame their work. Here, they believe the fifth wall involves revealing elements of an illusion without expecting resolution behind an illusion. Recognizing the space between artist, observer, and critic, Scott and Katy purposefully expose the structures of their work. Recollecting the fruits of their conversation, they now begin to ponder: perhaps the meaning of a work of art is not an intrinsic element, but is extrinsic and goal-oriented.

Their collaboration involves the necessary tension between interpretation and misinterpretation, that is, the fragility of the interpretability of a work of art. THE FIFTH WALL is their humorous attempt to seriously consider that a reality ‘behind’ an illusion can only ever be a reality in an illusion.